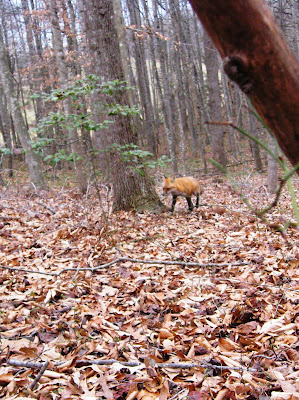 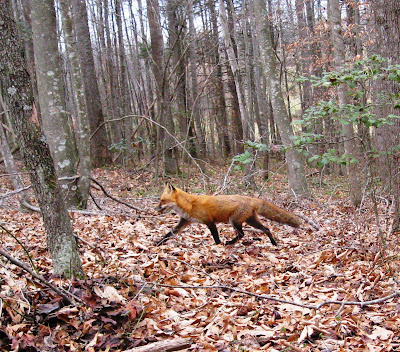 ﻿
Read more »
Posted by Capital Naturalist at 5:04 PM No comments: 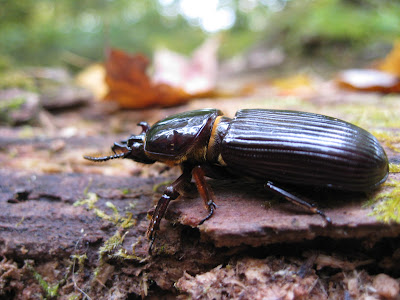 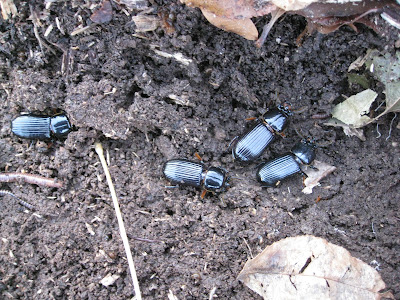 Odontotaenius disjunctus is a common but fascinating Passalid beetle that goes by numerous common names: Bess Beetle, Bess Bug, Betsy Beetle, Horned Passalus Beetle, Patent-leather Beetle, Jerusalem Beetle, Peg Beetle, and Horn Beetle. They live in small family groups in decaying logs of deciduous trees, feeding on the rotten wood and are ﻿unique in a variety of ways.
Bess Bugs are one of the few beetles that show social behavior for instance. Adults communicate with each other as well as their young. They also not only feed their own young, but sometimes those of others that live in their log. In fact, the young (grubs) are unable to feed until they are given partially chewed wood and even feces by the adults. Betsy Beetles will care for their grubs in this manner for several months, also supplying the young with the microorganisms in their guts they need to digest wood in this way.
Here's a short clip of the grubs: https://www.youtube.com/watch?v=o4VpaY5rvCU&t=2s
Adults are able to communicate with each other by rubbing their wings against their abdomens, being able to stridulate audibly.  The "Bess" name is believed derived from "baiser" meaning to kiss from this sound. A neat naturalist trick is to blow lightly on them and then hold them up for people to hear. The grubs are able to stridulate as well, having modified their last pair of reduced legs in order to be able to do so. This gives the larvae the appearance of only having 4 legs and makes their identification somewhat easier. Scientists have been able to discern 17 different sound signals these beetles make. This may be the most complex communication of any insect studied so far.
Here's a look at a young one, a grub: 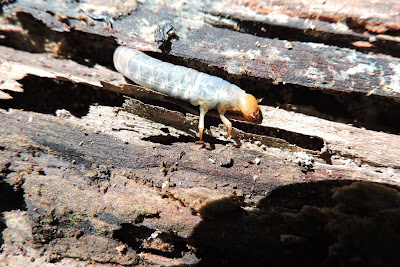 Betsy Beetles have other unusual traits. While able to fly, they almost never do. They seem to have a nuptial flight to disperse, but then may not ever fly during their lives again. Those that have just completed metamorphosis are a red color for up to several months before turning into a shiny black beetle. These newly metamorphosed beetles are called "teneral" beetles,  feeding their younger siblings. These insects are not harmful or pests since they only eat decaying wood, conducting a valuable service in breaking down and recycling fallen trees.
Black Patent Leather Beetles are often hosts to several species of tiny mites. These mites are not supposed to really harm the beetles, but can sometimes be found in great numbers, often concentrating themselves along the joints in the shell. 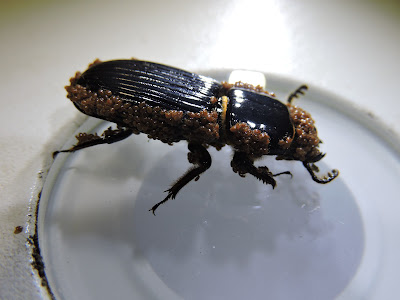 A Betsy Beetle covered in mites.

Bess Beetles can be active and found all year inhabiting rotten logs. I found the group pictured in late December, a nice surprise on a cold day. After warming them up by gently blowing on them, they sounded off for me before returning to their job of decomposers in the woods.

Posted by Capital Naturalist at 12:21 AM No comments: 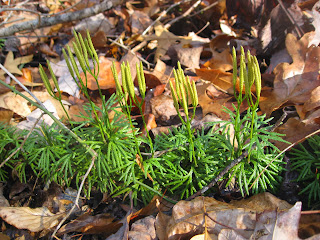 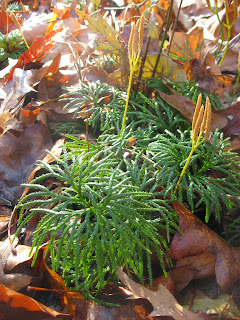 Diphasiastrum digitatum (formerly known as Lycopodium digitatum or L. flabelliforme) goes by a variety of common names: Common Running-pine, Common Running-cedar, Fan Clubmoss, and Crowsfoot. This evergreen clubmoss creeps along the forest floor in small colonies. The main stem is actually underground, sending up shoots that look like miniature pine trees or cedars. It is not a flowering plant, reproducing instead through strobili that stick up above the shoots and send out spores. It is now not as common as it used to be in some parts of its range due to forest destruction and over collection for Christmas greens and wreaths. These make for potentially dangerous holiday decorations though, since the spores are highly flammable, even once being used for flash powder, fireworks, and explosive magic tricks.
Other spore uses have included fingerprint powder, ice cream stabilizer, pill coatings, and even powder for condoms. These plants are difficult to transplant and should be left alone. If certain fungi are not present in the soil, these clubmosses will die. These plants are also usually not eaten by mammalian predators unless in desperation as they are protected by toxic alkaloids.
I enjoy finding these out in the woods, like a lilliputian pine forest under the real forest, and I occasionally tap them with my feet to see if I can get a cloud of spores to explode for my amusement. Maybe in the 20 years or so it takes for these to grow into this clubmoss form, these spores can be the beginning of another miniature forest of Running Cedar somewhere else.
Posted by Capital Naturalist at 12:51 PM No comments: 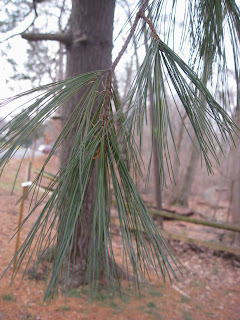 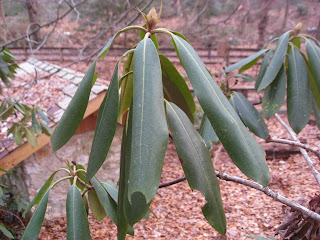 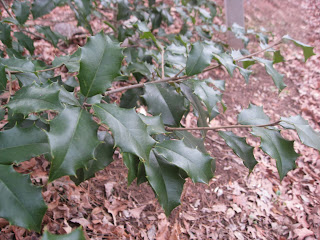 Most people are aware that deciduous trees lose their leaves seasonally while evergreens hold onto their leaves and do not lose them all at once. While it is true that the shorter day length and less opportunity for photosynthesis play important roles, we should also be aware of the vital part water loss plays in this occurrence. Tree leaves constantly lose water through transpiration, but have many adaptations to mitigate this and are of course getting replacement water through their roots.
In winter however, water can freeze and not be available. Deciduous trees lose their leaves to help prevent this loss. Evergreen trees are able to hold onto their leaves and still photosynthesize to some extent due to some other adaptations. Most evergreen leaves for example have a thick waxy cuticle covering to reduce water loss. Trees with needle-like foliage (such as the White Pine in the first photo) have smaller surface areas and fewer pores to lose water. Other evergreens can roll their leaves inwards and/or droop their their leaves to also reduce water loss (such as in the second photo of a Rosebay Rhododendron).
Other adaptations adaptations help evergreens to shed heavy snow, such as downward pointing drip-tip leaves (as in the American Holly photo) and being extremely flexible. Another problem however is that herbivores would especially target these green leaves when most trees have lost their leaves or have just dry, hanging foliage available. Many evergreens therefore are distasteful or have some other means to make themselves less desirable (such as the spiky leaves of the American Holly).
Evergreens have been symbolic of renewed life and hope for greener seasons for centuries, being the reason for Christmas trees and wreaths in our winter households originally. Understanding why they can do this just adds to their mystique.

Posted by Capital Naturalist at 6:26 PM No comments: