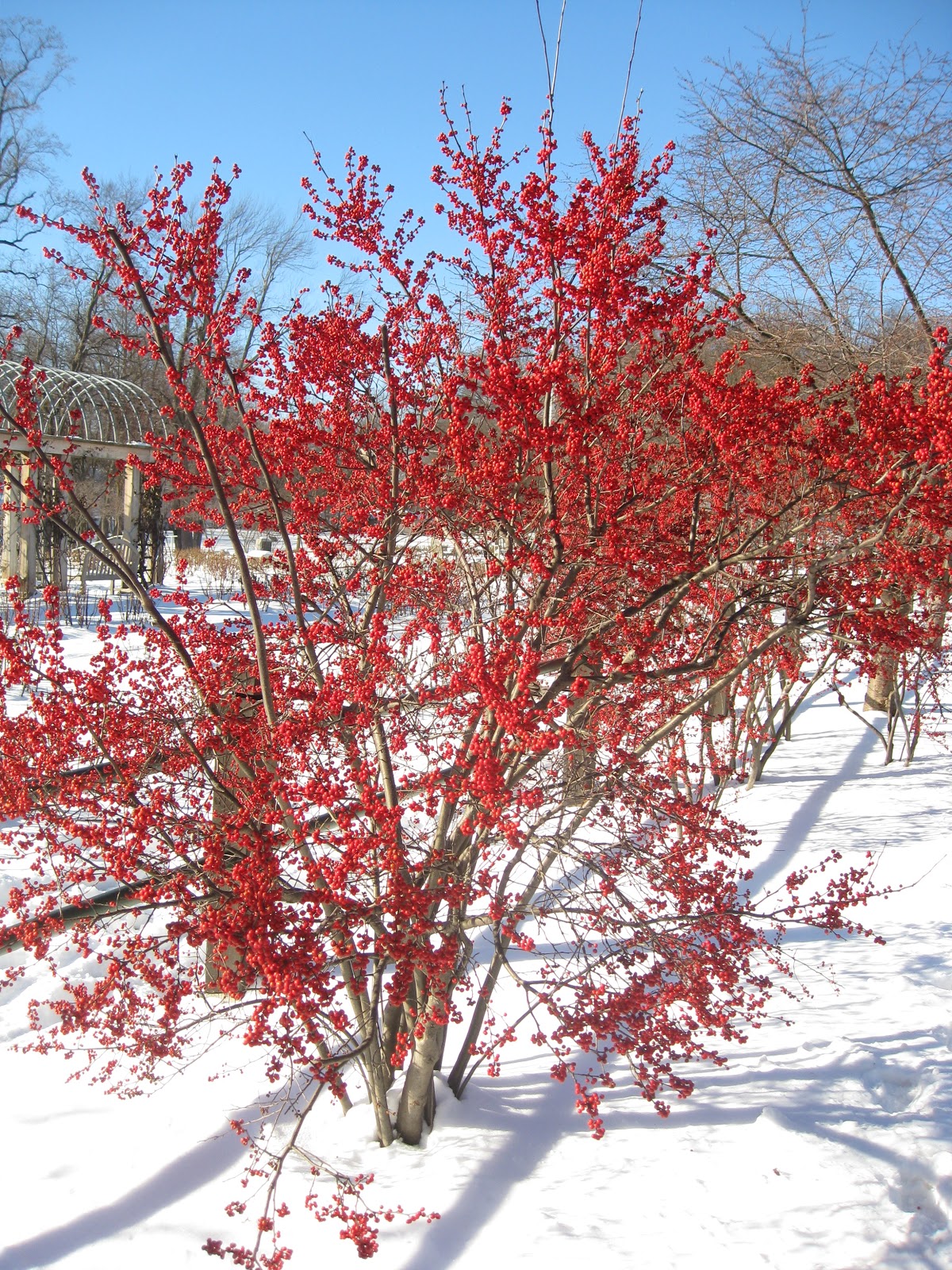 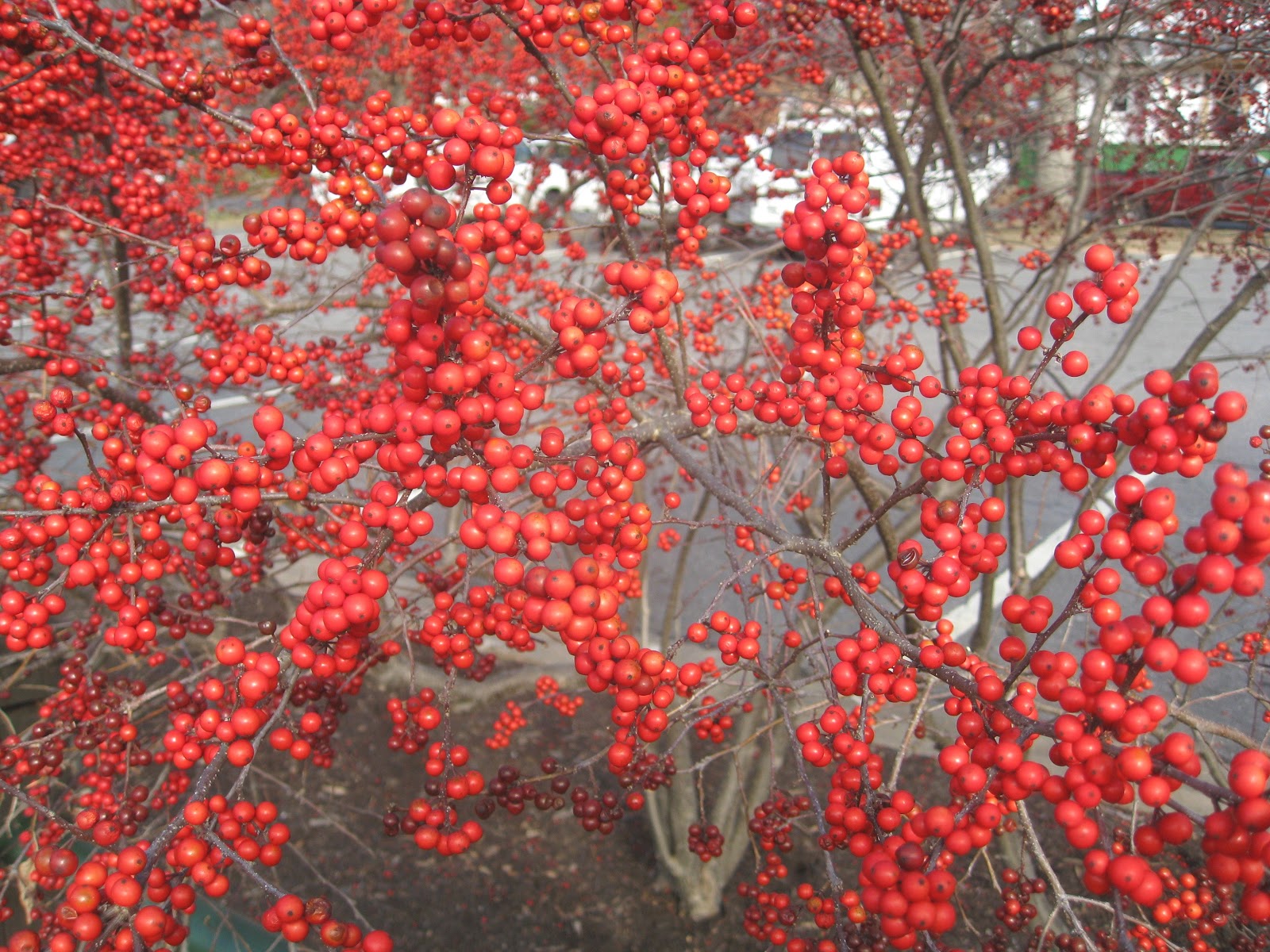 Many people are unaware that most of our native hollies are actually deciduous, losing their leaves in the winter, because they are only aware of the evergreen American Holly. The most well-known of these other hollies is Winterberry, Ilex verticillata. Like most hollies, they are dioecious (male and female flowers on separate plants), so only female trees produce fruit and only if there is a male tree nearby to provide pollination. This northernmost of all our hollies holds onto its berries well into winter, thus its most common name. The berries are not a favored food of any animal I am familiar with, which explains why the berries last so long. Rather, they serve as starvation food and may actually be more palatable to birds as the cold changes the chemical properties of the fruit. This makes them a popular garden planting since the long-lasting, bright berries add color to the often bleak and cold landscape. They are easy to grow as well and are a small enough shrub (most only reach 15’ or so) to fit into many plantings. It seems that hybrids and cultivated varieties (cultivars) are even less desirable as animal food and the berries may not even be touched on these plantings except in desperation.

Humans have used this shrub though for more than its decorative features in the past. It was used medicinally, despite its potentially toxic berries, for example. One of its other names hints at its medical use: Feverbush. In fact, it has been listed in some medical journals, including what is now often referred to as the “Confederate Ethnobotany.” This was Confederate doctor Francis Porcher's work finding alternative medicines for goods no longer available due to Union war time blockades. It was listed there as not only treating fevers, but for diarrhea, ulcers, as a medical wash, and even to treat gangrene. Despite its toxic berries and possibly bark, the dried leaves were sometimes used for tea as well (like its evergreen American Holly cousin). Many Native American Indian tribes also made medicinal use of it, such as the Haudenosanee (Iroquois) who used such parts as its bark and berries to induce vomiting and as a laxative.
I have often been entertained by watching a Mockingbird try to defend its winterberry patch from other birds like Robins, who mob it after the cold weather is over and the fruits are one of the few foods left. Much better to simply enjoy Winterberry's beauty and let the birds experiment with eating it I think. Here's a short video of a Mockingbird in its Winterberry bush:
https://www.youtube.com/watch?v=PEV80CevsJk

Posted by Capital Naturalist at 5:37 PM