Legend of the Passionflower 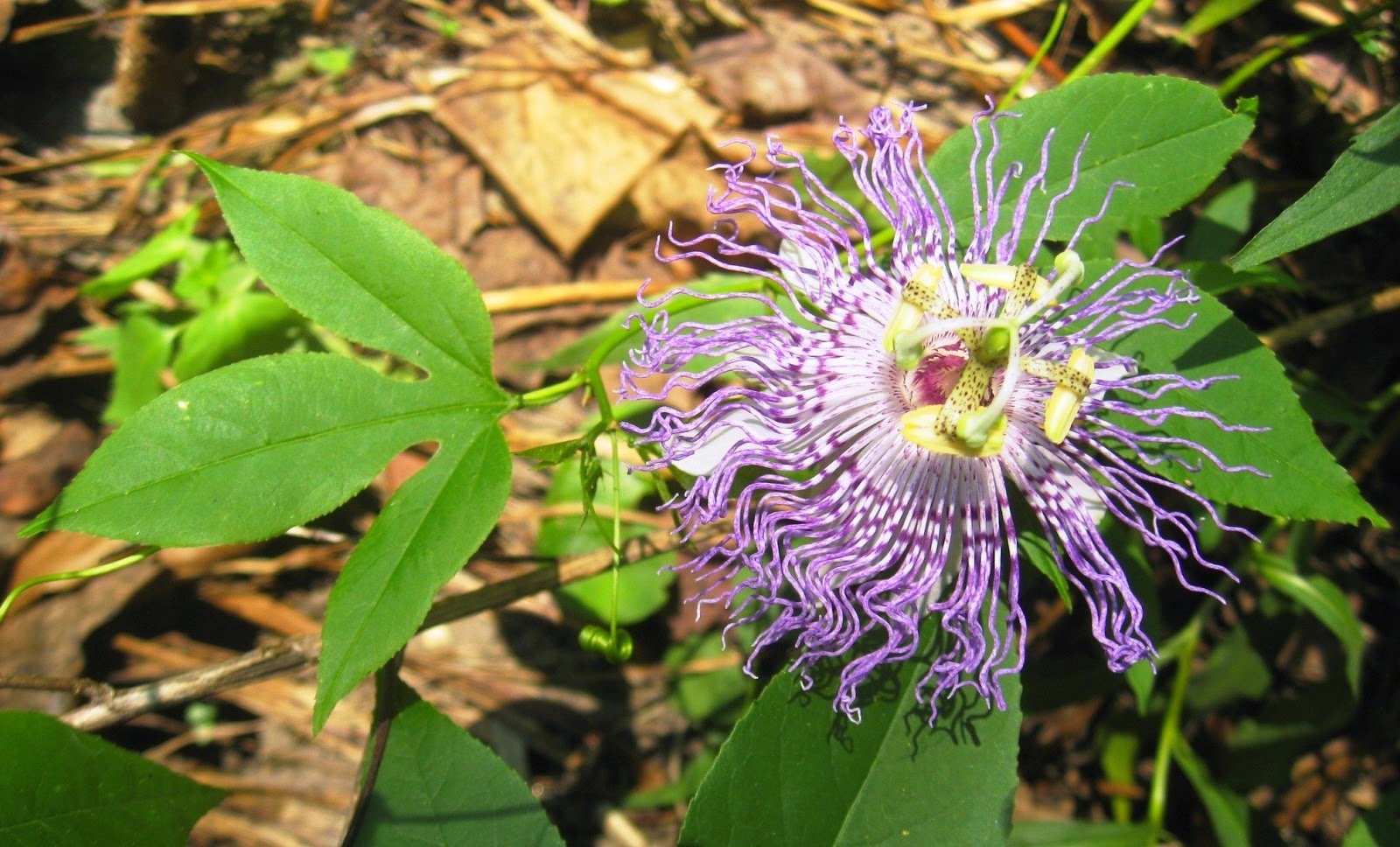 There are a couple of legends having to do with the naming of the Passionflower which I posted about just recently. My favorite (myself being of Peruvian descent) goes back to 1620 when a Jesuit priest came across a beautiful plant in Peru. That night, he said he experienced a vision in his sleep that revealed the symbolism of this beautiful plant representing the suffering of Jesus Christ during his crucifixion, what is referred to as the "Passion of Christ."
The plant he believed was revealed to him so it could be used to help explain the crucifixion and suffering (passion) of Christ to others. He thought it would be useful to help in the conversion of the native Inca people to Christianity (something already being done by the sword and by the cross). In his vision, the various parts of the plant could be used to help teach about the "Passion of Christ" and so all members of this plant family came to be referred to as "passionflowers."
The symbolism breaks down like this according to legend: 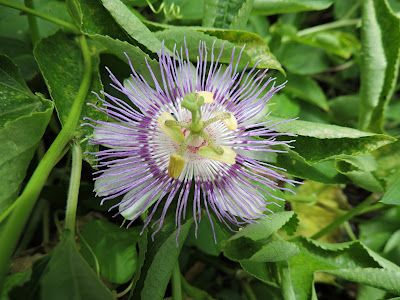 So that is the legend that supposedly led to the naming of this beautiful plant. In fairness, the other version has the same elements but supposedly originates with an Augustine friar from Mexico. Regardless of what it was said to symbolize or not, the name stuck in various fashions throughout the world. There are hundreds of species, but we only have two passionflowers locally, with the Purple Passionflower (Passiflora incarnata) being shown above. The much smaller and less showy Yellow Passionflower (Passiflora lutea) is shown below. It's small fruit (berry) is not very edible.


There are numerous other stories and legends surrounding our native plants. From time to time I like to tell a few for people to learn about...

Posted by Capital Naturalist at 11:11 PM