The Groundhog: A Rodent with a Holiday 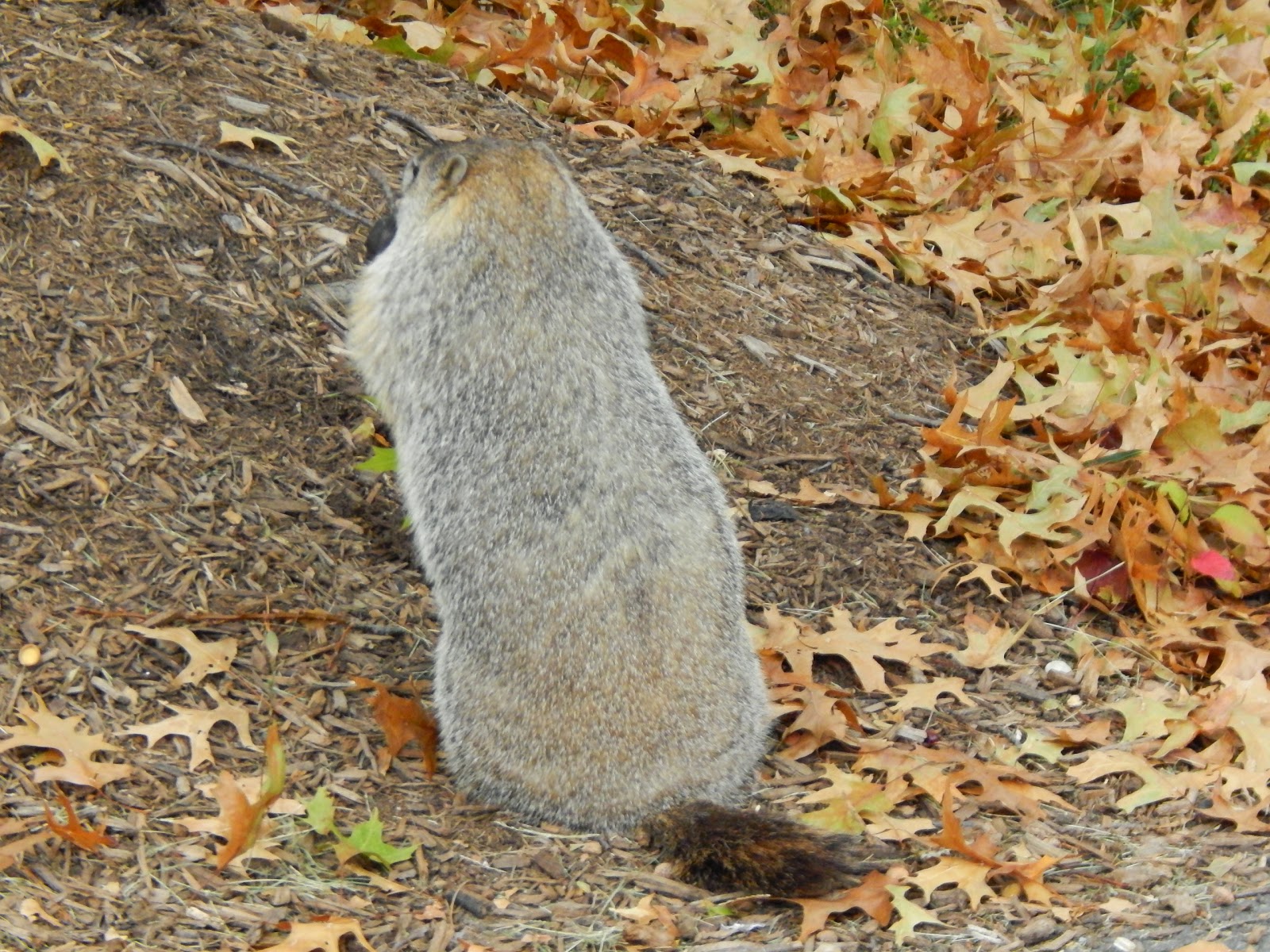 Whether you call it a Groundhog, Woodchuck, Grease Pig, Whistle Pig, Whistler, Marmot, Chuck, or Monax, most people have heard about Marmota monax, the only rodent with its own holiday. Here are a few things you may not know about it though.
Groundhogs are actually also our largest local ground squirrels. A large one can weigh over 12 lbs after fattening itself up by the end of Fall. The bone projection above its eye socket ( called a postorbital process) is a feature that helps place it in the squirrel family, Sciuridae. They are also the only rodents (note that all squirrels are rodents due to their ever growing incisor teeth) found locally that I am aware of that have white incisors. All other rodents that I know of around here have hardened enamel that is often yellow, orange, or otherwise discolored. Finding any rodent skull with white incisors is usually a good clue that you found a Woodchuck. The dip in the skull between the eyes is another good clue as it is unique to Marmots.

Whistlers (so-called due to their whistle-like calls, something I've imitated to locate them in meadows by sounding off myself) are one of the few local mammals that are true hibernators. Most other so-called hibernators wake up periodically and do not undergo the metabolic processes of real hibernation. Whistle Pigs drop their body temperature from 97 to 37 degrees Fahrenheit, breathe only once every 4-6 minutes or so, and their hearts beat only about once every 15 seconds. This clearly then is more than just a deep sleep that they enter. Most lose up to half their weight by the time they awaken in early spring. Those who do not build enough body fat do not survive. Regardless, the record age for a Woodchuck is 9 years and 8 months, set in the National Zoo in DC.
Groundhogs are of course famous for being weather prognosticators, a legend transferred to North America and applied to groundhogs from European creatures who served the same roles such as badgers, hedgehogs, and bears in their mother countries but which were mostly lacking in Eastern North America. Originally based on Candlemas beliefs having to do with darkness and light, it now has morphed into much more lighthearted folklore. A Groundhog seeing its shadow is supposed to mean six more weeks of winter.
While Pennsylvania's Punxsutawney Phil, the "Seer of Seers" is the best known and oldest (since 1886 there's been a "Phil" making predictions) of the famous Groundhog Day prognosticators, there are many, many more: Wiarton Willie (Ontario's white groundhog), Buckeye Chuck (Ohio State), Birmingham Bill (Alabama), Sir Walter Wally (North Carolina), General Beauregard Lee (Georgia), Pierre C. Shadeaux (Louisiana), a bunch from New York such as Staten Island Chuck, Dunkirk Dave, Malverne Mel, Pothole Pete, Holtsville Hal, and Ridge Lea Larry (must be all the boroughs I guess...), Chesapeake Chuck (Newport News, VA), Balzac Billy (Alberta), Chattanooga Chuck (Tennessee), Shubenacadie Sam (Nova Scotia), Woodstock Willie (Illinois),  and so many more. Although they all claim the crown of the best at their job, few have a better than 50-50% record.

Woodchucks (an Ojibwa term) are champion diggers (a common name Monax comes from Carolina Algonquian Indian for "digger" and is also part of the scientific name). Their burrows can go down 5' and be 45' long with multiple entrances and tunnels. They can move 700 lbs of soil a season. Many other creatures also make use of their tunnels, usually once they are empty or while the Groundhog is hibernating: foxes, turtles, toads, raccoons, snakes. weasels, mice, voles, shrews, possums, salamanders, and skunks (as I found out in a close call in my youth...). Rabbits don't live in them, but will dive into the nearest hole to escape predators, and their population often drops when there are no 'chucks around.
All Marmots are not just great diggers, but can be good climbers just like other squirrels, despite their large size and fat. They may not do it often, but they will climb, especially in search of fruit or to escape a predator. I've twice surprised them (and myself) when I came upon them up in trees. They certainly awkward up in a tree, but are remarkably agile.
Woodchucks have had a fairly prominent place in some Native American Indian cultures. Not only were they a good food item, but their tough hides made for good material. Some tribes saw woodchucks as an intermediary between the earth and sky, given the time spent either under ground or above. Some others, like the Cherokee, saw chucks as an important medicine animals due to their presumed herb knowledge of plants from the roots up. The Chippewa-Cree had what some might consider an unusual idea of groundhogs. To them, a marmot was a warrior image, someone who avoids trouble when possible, but fights hard if he needs to (sound advice for any warrior).
So this Groundhog's Day, all self respecting woodchucks should be in deep "slumber." So have a Happy Groundhog Day, but don't expect to see any real wild woodchucks for some 6 more weeks or so. Since there are so many tongue twisters associated with woodchucks, how about this statement that is a bit more accurate: "If the ground is white, I'm out of sight." You'll have better luck spotting them standing up on their haunches by the side of the road during summer.

Posted by Capital Naturalist at 12:24 AM